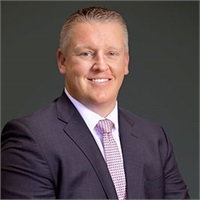 Todd has worked in the financial services industry since 2002. He began as an Investment Banking Analyst with AG Edwards, followed by 11 years at a local commercial bank. He has spent the last 4 ½ years as a Financial Advisor with Waddell & Reed, in a joint practice with his mother, Pam. As a part of their succession plan to help Pam toward her retirement and effectively transition the practice to Todd, he wanted to find a firm focused on providing an exceptional client experience that offered a comprehensive and holistic Wealth Planning Process. He is thrilled to reconnect with longtime college friends Brian Redders and Mike Sluhan and join the Genex Consulting team.

Todd believes that long-term financial success begins with an inclusive and customized plan, tailored to each client’s unique goals, time horizon and risk tolerance. There is no greater reward than helping clients in their life’s great journey and to be one of their trusted partners.

Todd was born in northern Iowa and eventually found his way to Columbia, Missouri, where he grew up and met Brian in 1994 on the Rock Bridge High School baseball team. He went on to college at Truman State University in Kirksville, Missouri where he reconnected with Brian and met Mike as fellow members of Sigma Phi Epsilon Fraternity. Although those two college connections may prove to be the most important of his career, the biggest takeaway from his time in Kirksville was meeting his wife, Robyn. They were married in 2003 and live in Ballwin, MO with their three children, McKenna, Drew, and Mallory.

When he is not working, Todd enjoys watching his kids participate in sports and other activities; getting creative in the kitchen; traveling; cheering for Mizzou, Cardinals, Chiefs and Blues and playing mediocre golf.